A Pure Approach to Making Wine

If you look up the definition of “ground truth,” you’ll find many different definitions. Among soldiers, the “ground truth” refers to the strategic reality of a military situation. For a meteorologists, it refers to atmospheric information collected on location. Among poets, it refers to the fundamental truth. Before being a winemaker Garrett Gamache would collect ground-truth data out in the field when working as a geologist. But as a winemaker his label “Ground Truth” refers to what the French call terroir: the expression of grapes in specific soils and microclimates.

Garrett came to his own ground truth in a roundabout way. Like many young Central Coast winemakers, he didn’t come from a family of farmers. Instead, he discovered his calling after majoring in geology and growing frustrated with the office jobs he found after graduation. He worked for Ryan Carr of Carr Winery during his undergraduate degree at UCSB, and it was this call to be back in nature that led him to learn how to farm, essentially. He quickly realized that his favorite wines were the result of minimal winemaker intervention and instead tasted of their specific terroir. ach is immediately apparent in his wines. He strongly believes that wine should be an expression of the terroir above all else, and to achieve this, he keeps his production super small. Grapes for his wines are sourced from the best vineyards around Santa Barbara County, like Whitehawk Vineyard for his Viognier, Coquelicot Vineyard for his Rosé, and Kimsey Vineyard for his Syrah. The cooler temperatures in Whitehawk allow the aromatic nature of Viognier to fully develop while maintaining structured acidity. Similarly, the sandy soils of Kimsey are perfect for Syrah because it helps the earthy, spicy nature to show forth instead of big, jammy fruit. Finally, whole cluster pressing allows his Rosé juice to run free, with minimal skin contact, which naturally allows the earthy notes of Syrah to more subtly assert themselves.

Garrett also uses only indigenous yeast for fermentation, which means that yeast is not used to impart flavors that are not natural to the grapes, to the juice, or to the aging process. The resulting wines express pure, varietally-correct characteristics that speak of the beauty of soil and of climate and not of technology.

His smaller approach is aligned with his humble demeanor: when asked where he sees himself in ten years, Garrett replies that he’d like to keep making fantastic, small production wines. In fact, his current releases are his biggest yet at a combined 300 cases! While he probably wouldn’t mind being known as the great winemaker that he is, Garrett isn’t looking to become the next Robert Mondavi; in fact, he’d prefer that his label is recognizable, not him. In a time when so many are seeking to be the next rock star winemaker, Garrett’s approach is refreshing because his focus is purely on the wine and not on self-promotion. See for yourself and discover more in our interview that we had at the Los Olivos Wine Merchant & Café: We enjoyed hosting Garrett at Los Olivos Wine Merchant & Café on July 28th as he poured for part of our Final Friday Featured Winemaker series.

Want to meet more local winemakers? Check out our current Featured Winemaker and meet them at the Cafe on the last Friday of the month!

The 1st Year of our Cafe Farm — Lessons learned and successes earned. 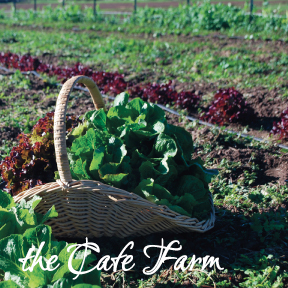 On our ten-acre property, less than a mile from our Cafe, four acres are devoted to Sangiovese, Syrah, Nebbiolo, and Cabernet grapes from which we create wines under our private label, Bernat wines.  An additional 4-acres of prime land have been cultivated by local organic farmers for themselves through the years, but their focus wasn’t solely on providing produce for our restaurant. When Shu and Debby Takikawa, the last farmers to farm this section of land, took over the 40 acres behind us, Shu encouraged us to farm it ourselves.  We were eager to try, but knew well that running a farm along with our current endeavors– a vineyard, winery, wine merchant, and restaurant– we needed help.
That’s when we found Matt McCurdy, or he found us, that’s another story.  Eager to take on the project and apply his knowledge from his past endeavors– working at our local Windmill Nursery being one of them– Matt leaped in and started planting.  Well, first we dived into organic heirloom seed catalogues. We chose all the flowers that would bring the bugs to benefit the farm and would also cut nicely for flowers to put on the Café tables. We brought chef Chris Joslyn into the discussion, and chose vegetables he would love to use for our restaurant’s menu. We’ve been very pleased with seeds from Baker Creek Heirloom Seed Company. 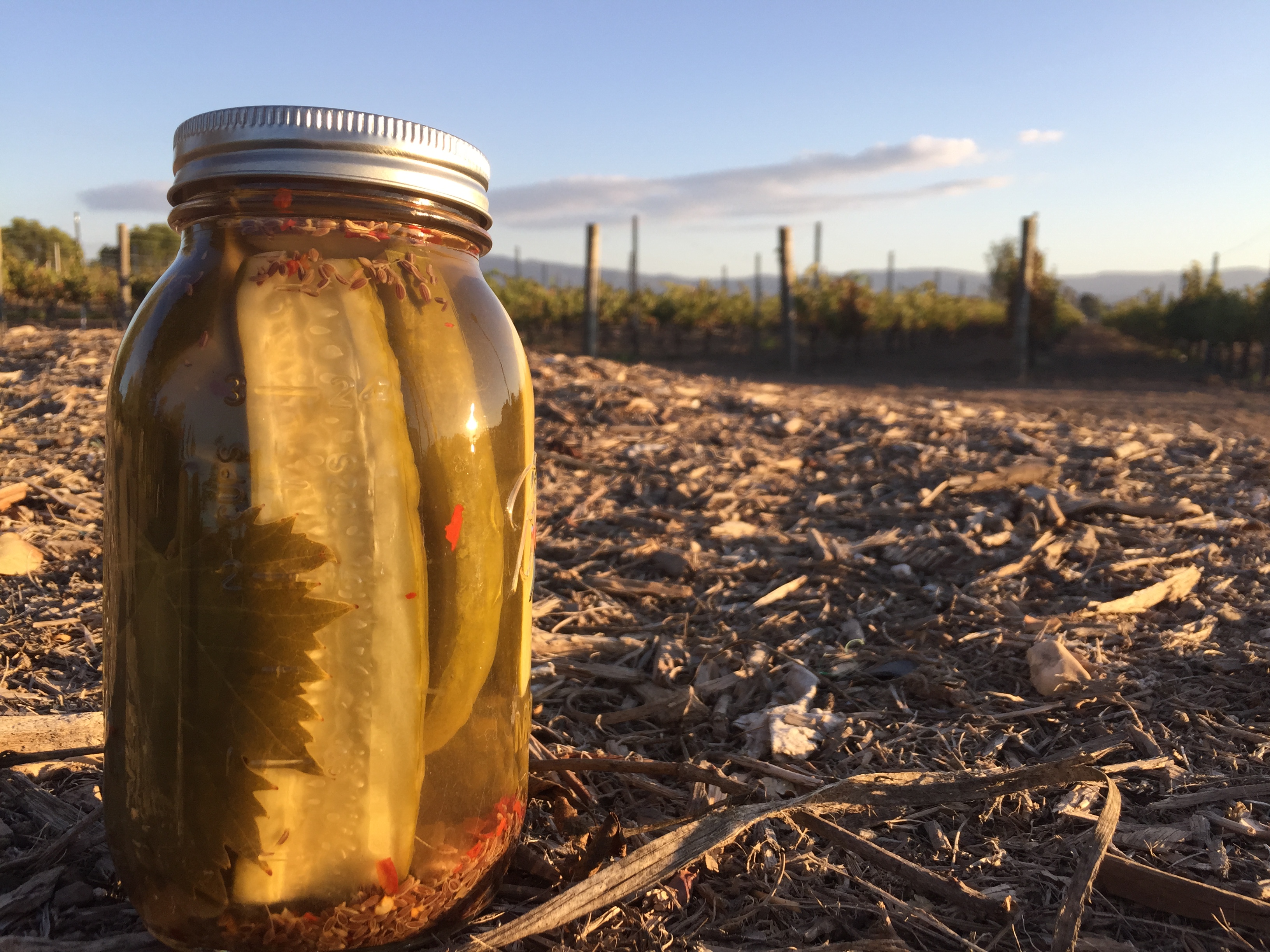 Our first summer was full of zucchini and cucumbers.  The vision was growing…literally.  We played around with various pickling recipes and pickled the cucumbers to place next to our Café’s burgers and sandwiches.  Some of them we even put in jars and sold in our retail section, they were a hit and quickly sold out! 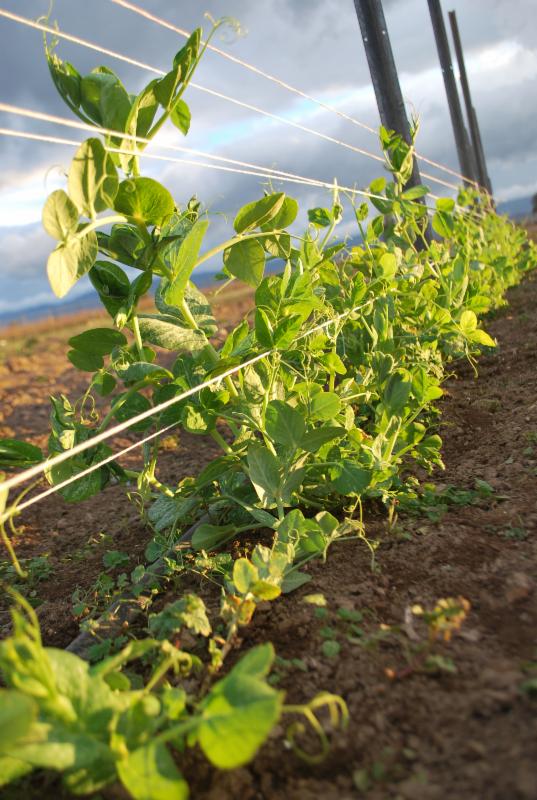 Well, it’s been almost a year now, our biggest lesson learned is the land has much to teach us. Will Rogers said, “The farmer has to be an optimist or he wouldn’t still be a farmer.” — That’s the truth!–  We planted green beans, carrots, beats, and reaped nothing from them. Yes, we watered, weeded, and provided healthy soil and sunshine, but they never ended up on plates at our restaurant.  Why you may ask?
What we learned: 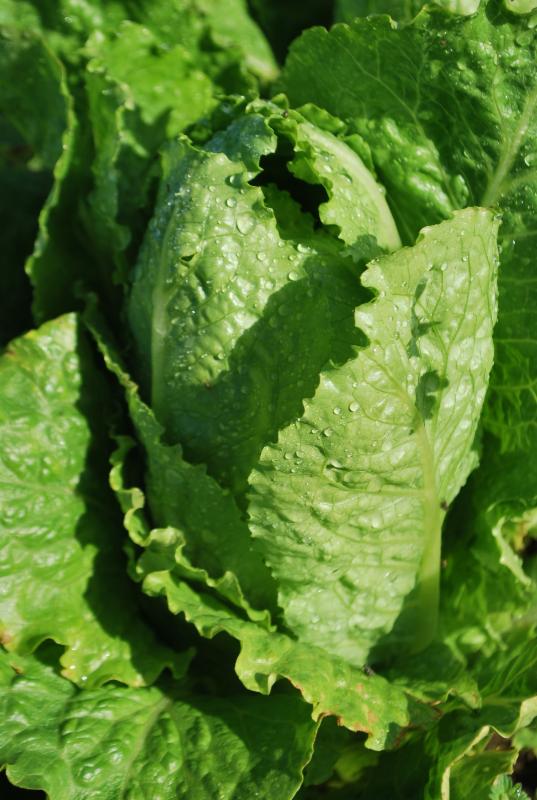 We initially started by planting a large amount of different types of crops. Planting many different varieties of each plant, gives us an idea of which species not only grows best in each area, but which of those tastes the best. We pay close attention to each plant and learn which ones like which soils, climate preference, and which are affected by pests and how. All of the varieties of Kale we planted thrived through the winter; red lettuce, and romaine were also very successful.

Pests have been our biggest problem.  Our first crop was planted when one of our dogs, Gypsy, was on vacation. The gophers and ground squirrels noticed and began moving into the farm. They ate almost all of the green beans we planted. Of 600 plants only 10 survived! They also ate the tops off of the carrot and beet plants. Although losing their tops did not initially kill them, since the plant was working hard to regrow the tops, the produce didn’t survive after all.

The other challenge all farmers face, are weeds, we are no exception.  Since our farm is CCOF certified organic, using herbicides is absolutely out of the question, not to mention it would deplete the nutrients in the soil and affect the quality of our produce.  Being a small farm with only Sam and Matt to do the weeding, we quickly realized that we must be missing something– there was no way we could keep up.  The weeds aggressively took over and whole rows had to be plowed back in to the soil before the plants had a chance to grow to maturity. Weeding through the research (yes, that was a pun) of all the various farm equipment to assist with this problem was overwhelming, even to a veteran vineyard farmer, like Sam.  It was time to seek the advice of someone who had more experience in large scale farming than us.  Sam met with a local veteran farmer, Steve Loyal, who shared valuable information. Steve directed us on the best equipment for a farm our size.  We bought a hand hoe on a wheel that as we push, it slices under the soil cutting the roots of the weeds. 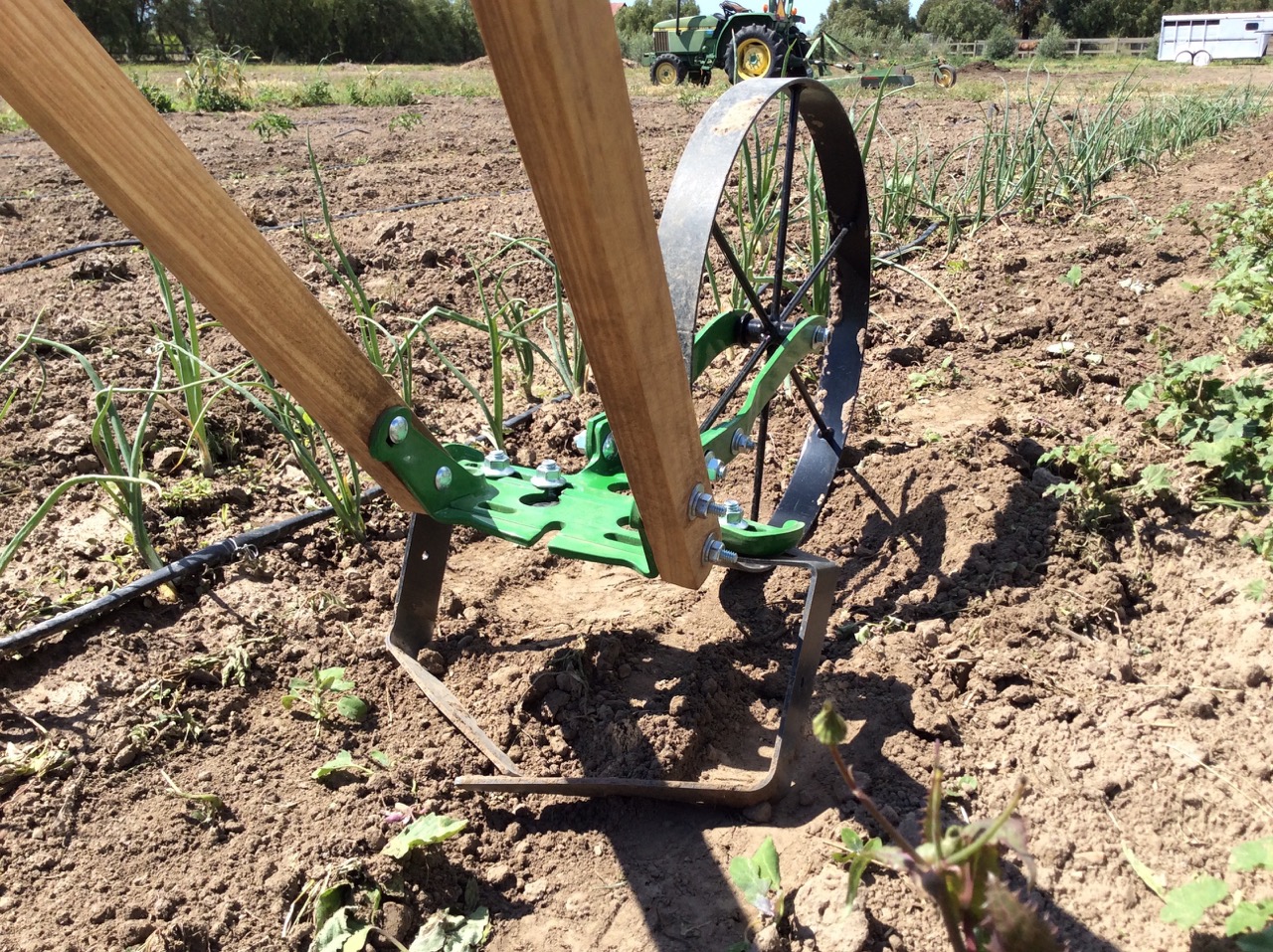 Our tractor also needs some additional equipment to mechanize weeding, which we can tell you more about by the next time we post a Cafe Farm Update. We now look forward to watching our seeds grow to their full potential before the weeds can take them over (hopefully).

Though we are still in the midst of a big learning curve, we have had much greater success now that Gypsy is back on the job maintaining the ground squirrel population.  Thanks to our hard working farm dog approximately 1500 heads of lettuce, 200 pounds of snap peas, and many, many buckets of onion, garlic, kale, swiss chard, arugula, spinach, turnips, and cilantro—came from our Cafe Farm since July 2015. We are getting a healthy head start for this summer with 900 plants of various heirloom tomato varieties in the ground, 10 types of lettuces, and squash and pumpkins ready for fall; we are excited to continue to expand the beauty and bounty on our menu at the Cafe. 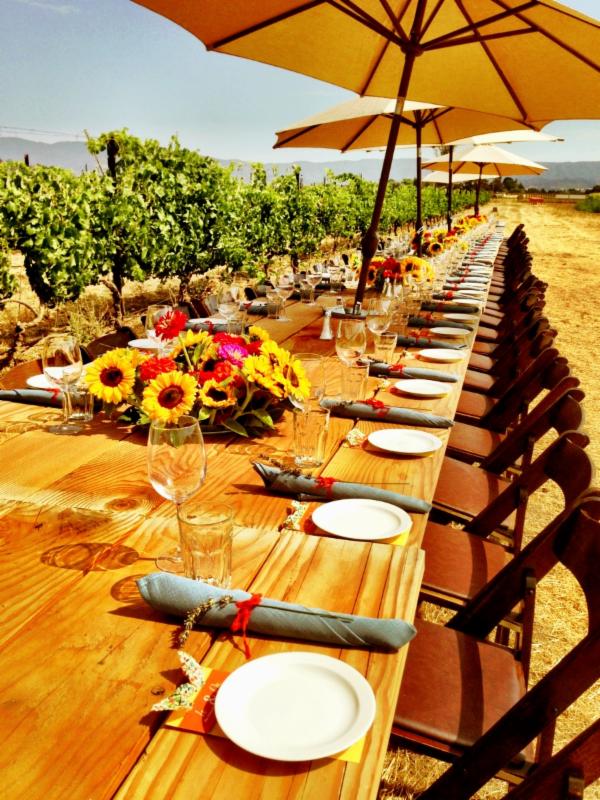 While we are talking about the farm, it’s worth mentioning that we have an annual benefit Farm Dinner event called In the Vineyard & On the Farm . If you’d like to experience our Cafe Farm and our Bernat Wines firsthand click here for information.  It’s a beautiful event that sells out every year, so if you’re interested, don’t wait to reserve your seats!