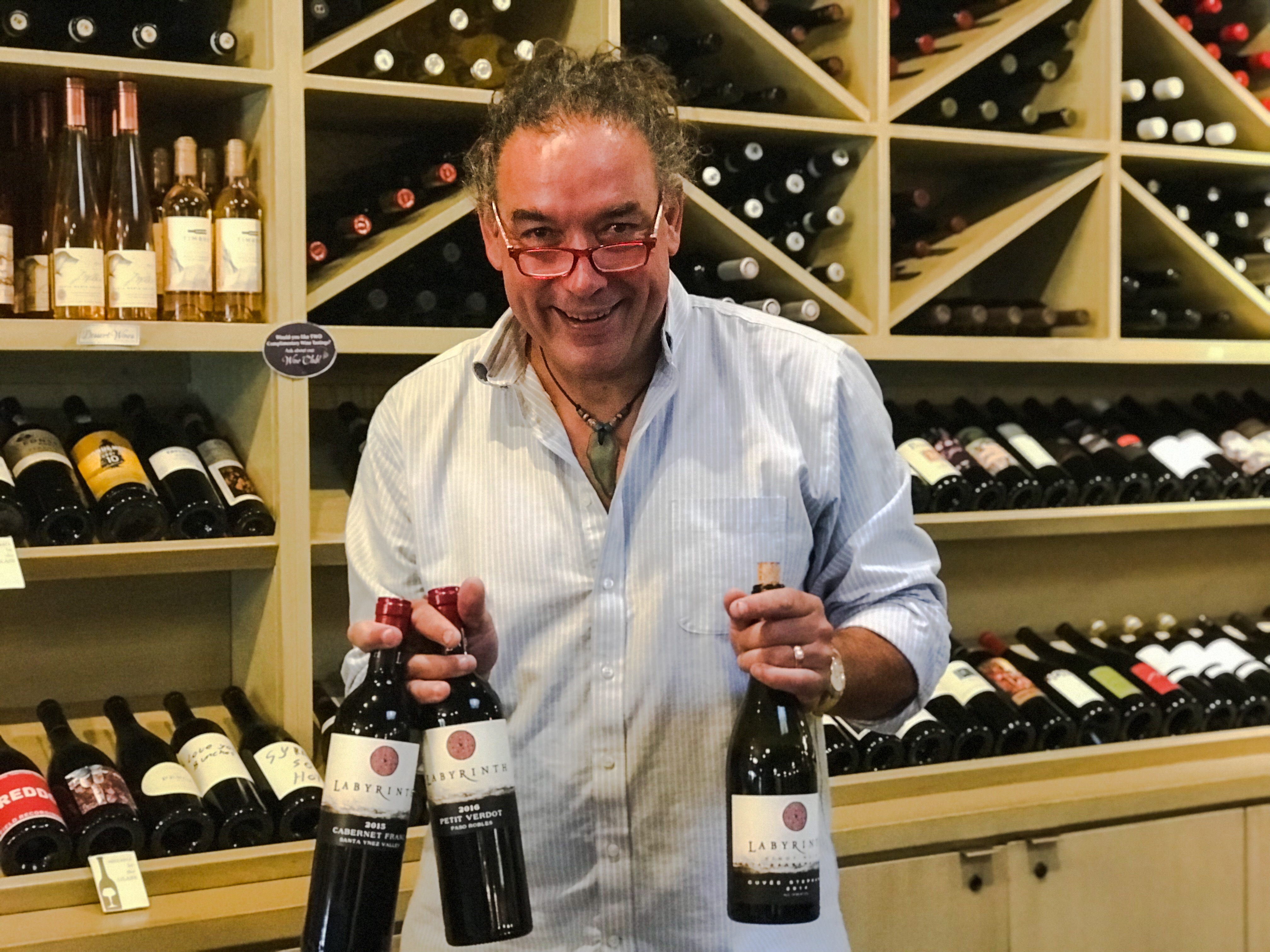 Growing up in New Zealand Rick Hill couldn’t possibly imagine the circumstances that would eventually lead to him becoming winemaker for his Labyrinth wines—he only knew that he wanted to be in the wine industry. During the late 1970s and early 1980s, there wasn’t a clear path into a wine career. Instead, Hill ended up in the milk industry, and then the juice industry, all the while with an eye toward going into wine. His work took him all over the world– from Australia to the Middle East– but it wasn’t until he completed his wine science degree in 1997 that he would get to California. 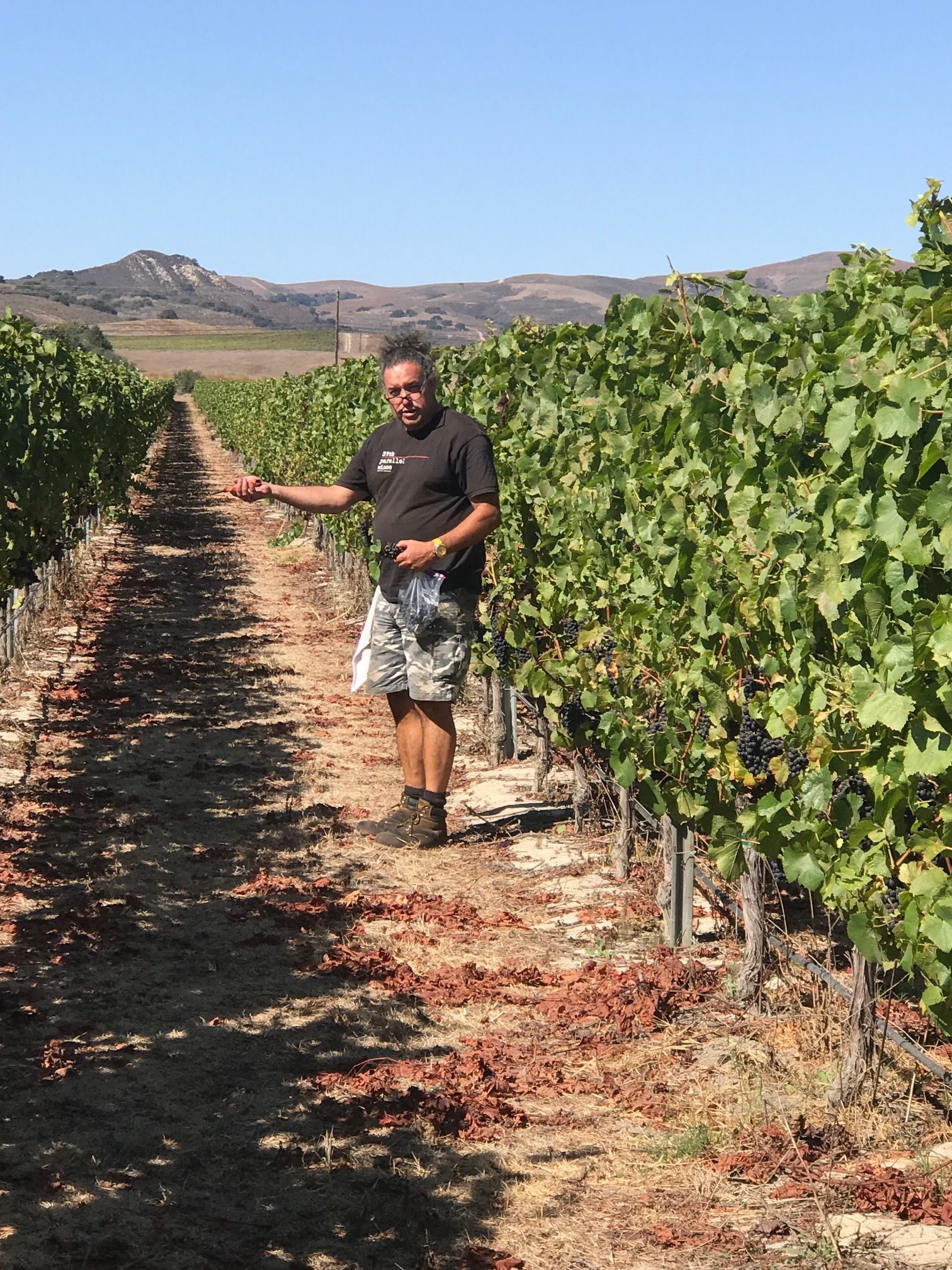 He was placed in Napa during his internship, which is a problem for a Pinot Noir fan. The winemaker he was working with offered to find him a placement more suitable to working with his preferred varietal. That’s how he came to Central Coast Wine Services, a small operation that, in a twist of fate, would introduce him to his winemaking career, as well as his future wife.

As an intern, Hill expected he’d move from California to Argentina, Italy, and other renown wine regions. Lane Tanner was one of just a handful of Central Coast Wine Services clients. Later, she and Hill would marry, but not before she gave him his winemaking start. When Tanner injured her knee right before harvest, she enlisted Hill’s assistance offering him 2 tons of any fruit to which she had access.

I said, “‘That’s wonderful, what I’ll do is, I’ll take 2 tons of Bien Nacido.’ And that’s how my career started,” Hill said.

These days Hill produces Pinot Noir for his Labyrinth label that is meant to be fresh and bright, bold and enthusiastic. But he has also branched out into bigger reds like Zinfandel, Cabernet Franc, and Tempranillo, and dabbled in a few whites as well.

Meet Rick! Check out our interview!

In this month’s featured winemaker video interview Hill details his path to becoming a winemaker, how small production makes his wine business agile, and he shares his thoughts on the growing Santa Barbara County cannabis industry.

Get to know Hill’s winemaking style this month at Los Olivos Café and Wine Merchant. Taste Labyrinth wines by the flight or purchase one of three featured bottles for a 20% discount throughout the month of October.